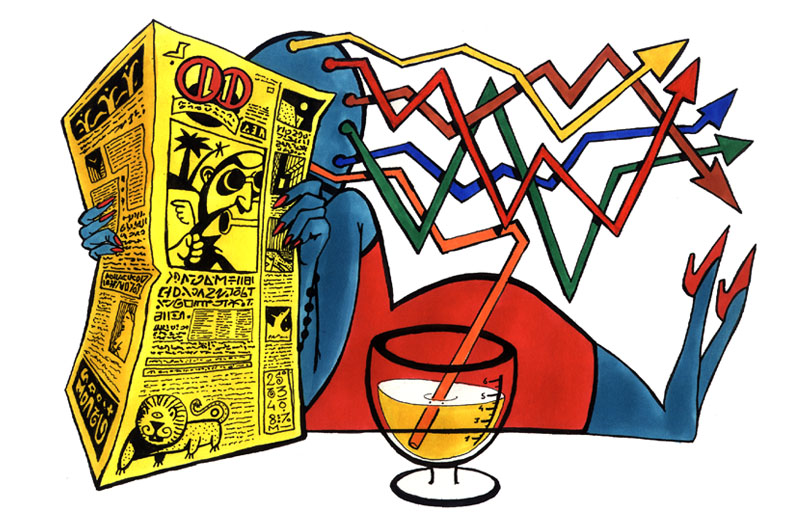 Hypermind’s prediction market is a forecasting contest on geopolitical, business and economic issues. It consolidates the informed guesses of thousands of minds into accurate probabilities.

For instance, on the eve of 2020, the market judged that Donald Trump was a 51% chance of being reelected President of the USA the following November, compared to a 40% chance for another man to replace him, or 9% for a woman. (All our predictions are published in real time here.)

Prediction markets tell you the underlying probabilities of an event

As this example shows, the prediction market is not a binary oracle that states with certainty what will or won’t happen. Its pronouncements are more subtle. It doesn’t say that the next president of the USA won’t be a woman, it says that there is currently 91% probability that it will be a man.

One naturally wonders whether these probabilities are reliable or pulled out of thin air.

Assessing predictions is difficult because history only happens once

To answer these concerns, one would have to rerun the election a hundred times: if a woman won in about 9 runs out of a hundred, then the 9% probability was correctly estimated.

But if a woman won much less often, say only 3 times, or too often, say 18 times, then the 9% estimate was, respectively, 3 times too large, or too small by half. Wrong in any case.

Unfortunately, elections or other historical events cannot be rerun, not even once. Does that mean it is impossible to assess the accuracy of probability forecasts? No, there is another way, less ideal but satisfactory nonetheless.

How we calculate our forecasting accuracy

To measure forecasting accuracy, we consider all the events that the market has forecasted with the same probability, say 10%, and count how many have actually happened.

If about 10% for them did occur, then the 10% probability forecast was correct. Otherwise, it wasn’t.

Repeating this procedure over all probability levels, from 1% to 99%, gives a complete picture of the forecasting accuracy of the prediction market.

To perform such analysis, lots of data are required. Hypermind has them.

Reality aligns itself to the market’s predictions

Each data point in thise graph answers the question:

« What is the proportion of events forecasted with probability p that actually occurred? »

Amazingly, reality seems to literally align itself to the market’s predictions.

This alignment shows the amazing ability of the market’s collective intelligence to discern, not the future itself, but its underlying probabilities.

From this we may draw some conclusions:

To explore these ideas further, in practice: