Emile Servan-Schreiber is a pioneer in the field of digital collective intelligence. In 2000, he co-founded NewsFutures, one of the world’s first public online prediction markets, then went on to play a leading role in the development of the enterprise prediction market industry worldwide. His work has been featured in the best-selling book The Wisdom of Crowds as well as in leading print media such as The New York Times, the Economist, BusinessWeek, Time, The New Yorker, The Wall Street Journal and Nature. Trained in cognitive science at Carnegie Mellon, he started his career as an artificial intelligence engineer for Ilog (later acquired by IBM) and has advised the OECD’s Center for Research and Innovation in Education for several years on its research projects regarding learning sciences and the brain. Sharing his time equally between scientific research on collective intelligence and practical field applications for demanding organizations, he has lectured at prestigious institutions worldwide (e.g., World Bank, INSEAD, AEI-Brookings, Wharton, Carnegie Mellon) and is a founding professor at the UM6P School of Collective Intelligence. In 2018, he published in French the book Supercollectif : la nouvelle puissance de nos intelligences (Fayard, 2018). Emile holds a BS in Applied Mathematics and a PhD in Cognitive Psychology, both from Carnegie Mellon.

Maurice Balick has a distinguished track record of creating innovative large-scale collective intelligence software for business applications. As a founder and CTO of Hypermind, Lumenogic and NewsFutures, he has delivered scores of industrial-strength prediction markets and other pioneering large-scale collective intelligence software tools developed in close collaboration with our clients: Competitive Forecasting, Idea Pageant, Impact Matrix and Concept Optimizer. Prior to Hypermind, Maurice worked for Sun Microsystems’ Advanced Technology Group, before joining Marimba, the company founded by the inventors of Java, as chief applications architect. He is the co-holder of five software patents. Maurice has an MBA in finance from New York University’s Stern Business School. His master’s thesis analyzed and measured trading markets’ efficiency when confronted with unforeseen events. 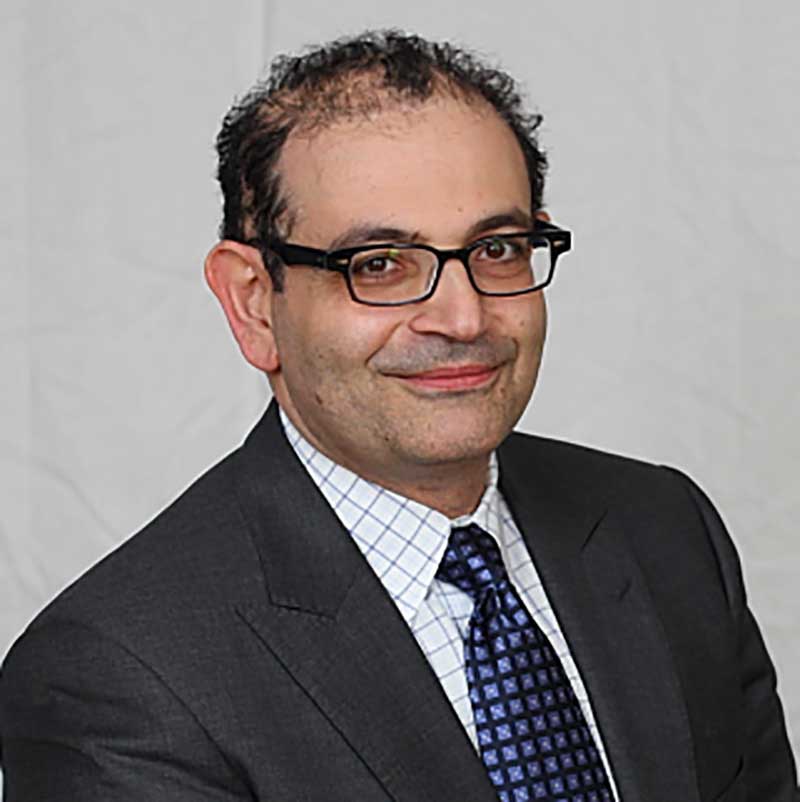 Abe Medawar’s career spans over 35 years in both line management and strategy consulting. He has led numerous teams and projects focused on innovation, organizational strategy and global growth initiatives. He has worked extensively in Europe, Asia, Latin America as well as the US and Canada. Abe’s corporate operating and leadership experience spans over 12 years at Merck and Novartis. Abe also brings considerable experience in Management Consulting, most recently as a Managing Partner at The New England Consulting Group, a leading growth strategy consulting firm. For over a decade, he has advised and worked for a wide variety of clients in strategic planning, market development, innovation, M&A, and organizational design. Before joining Hypermind in 2010, he was a key participant in New England’s collective intelligence, business transformation and disruptive innovation practices. Abe holds an MA in International Affairs from Columbia University, and MBA from McGill University and a B.Sc. in Computer Science and Mathematics from Concordia University.

Marc Schilling has three decades of experience in IT consulting and IT project management, with a concentration in the financial industry. He started his career in 1983 as a Project Manager in Banks/Trades around the dematerialization of shareholding. Since 1988, he managed business in large French IT consulting companies such as Groupe Concept (2000+ employees) and Groupe Transiciel (9000+ employees). Since 2002, Marc has created, developed and sold several IT-consulting companies. He currently leads the Victoria Conseil Group of consulting companies, which he created in 2007, with activities in IT and non-IT consulting. In 2015, Victoria Conseil became a shareholder of Hypermind, and today Marc contributes to project management, strategy and business development in France.